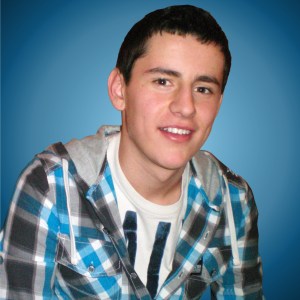 With apologies for the slight delay since the last update – but things have been busy with the Trust as well as with other aspects of life – it’s certainly not due in any way to a lack of things to report on.

First of all just to confirm the running total is now nearly £71,000 which was been helped recently by some kind donations over Christmas and a cheque from fund raising activity at my work – for which I am very grateful.  There are also lots of things happening over the next few months but first some reflections.

It was lovely to see the teenagers around here having a laugh in the snow earier this month – including some of Huw’s friends round and about Holmfirth.  It evoked memories of Huw loving the snow days – especially 3 years ago in January 2010 – and 2 years ago in the December.  The last snow day of Huw’s we remember was December 2 years ago in that snow just before Christmas – he went out at 10.00am in one of my old jackets and my walking boots and came back 8 hours later completely soaking wet and cold but none the worse for wear having had a great time with a great group of friends – and having had several lunches at several different friends’ houses.  He was at such a happy time of his life 2 years ago – and so content and so charming – the ‘snow day’ this year when school was closed was another sharp reminder of some of the innocent pleasures that are often taken for granted – that Huw isn’t fortunate enough to be enjoying.

It was the same feeling when we were visiting the colleges in Huddersfield at the beginning of the month too.  It was great to see the fantastic facilities at Greenhead and New Colleges and to see some of Huw’s friends helping out on the open evening.  It was also sad to look at the notice boards and read the college reports.  There is a name missing from the Greenhead College 1st XI football team, a name missing from the list of honours and ‘college colours’ on the noticeboard and there will be a name missing from the list of impressive ‘desinations’ where college leavers go to when they have finished – like university or other exciting things.  I feel very much that it is this sadness as well as the deep affection for Huw that is what lies behind the Huw Thatcher Trust – that continues to do many great things in Huw’s name.

With that in mind it was good to agree dates recently for a number of events to take place in July – those dates can be seen here.  We hope everyone is looking forward to these things and more detail will follow soon.  And with thanks to Dave Brennan’s organisation here is an image of the Picturedrome Gig tickets.

One of the new items on this list is a dodgeball night on 2nd March which is being organised by a group of Huw’s ever loyal friends – in particular on this occasion, Ben Sykes.  Any one interested in getting a team in for that night just let me or Ben know.  Ben is busy these days with the Trust as he’s also training for the Blackpool half marathon which comes up on 24th February – Rose, Mackie and me are also getting ready for it with dedicated preparation and running whatever the weather.  A great effort from Rose, Mackie and Ben to get out in all weathers recently to keep up the training – and not a bad effort from me too being the senior member of the team!

I can’t do an update on here without mentioning Cardiff City – it so happens they are doing well at the moment – but that’s not really the point.  The point is the great pleasure Huw had watching them play and the great times we had on Saturday afternoons.  Cardiff are now favourites for promotion to the Premiership having won away at Blackpool in their last match – but wherever they play next season Cardiff City will be fondly recognised by many people as the club which is synonymous with Huw.  Huw will be very much in our hearts on Saturday 9th February when Cardiff play here in Huddersfield – especially as Tom Dixon has kindly organised a walk from Huw’s bench at Digley all the way to the Town stadium on the morning of the match.  There will be a group of at least 15 of us and the interest shown be Huw’s friends along with Tom and his friends in this event (when they have so many demands on their time) continues to give us a lot of heart and I am very grateful.  It will be a lovely thing to do and I hope the game goes off well and is a good day out for everybody here, whatever the result may be.   It will also be another chance for participants to sample my flapjacks which will be essential as we complete the 9 mile walk!

That’s it for now, more news to follow soon and here is a picture of 14 year old Huw at Wembley ♥♥♥

Read more from Trust News
← Annual Reports available for the Huw Thatcher Trust here – for 2011 and 2012
More good things this month just like so many over the last 2 years to respect an old friend, son and brother ♥♥♥ →