I presented the Spirit of Huw Thatcher award to Stan Wilson-Hughes on 17th July 2015 – just opposite Little Wembley where Huw had some of his happiest times. Congratulations to Stan who is the fifth holder of the award, and part of a grand group of lads the current 15 year olds’ team.

That means it’s over 4 years since Huw’s good friend George Richardson received the first award! The passage of time………………………… The lads in the current 15 year olds’ team were still in Junior School when Huw disappeared. Not many of them knew Huw, but they all knew all about him and remember standing as 10 or 11 year olds for a minutes’ silence at football, like players did all across Kirklees in 2011.

It almost felt like telling the lads at the fifth award in 2015 about a little boy called Huw Thatcher, who once played for Hepworth, who turned up at Hepworth 16 years ago in his Cardiff City kit, who grew up to be a big strong and talented but kind young man, with the left foot of a god, who graced the pitch at Little Wembley with class. Who should still be here gracing us with his presence, and who will be loved by so many for ever and ever xxxx

Here is Little Wembley in Holmfirth where Huw had some of his happiest times. 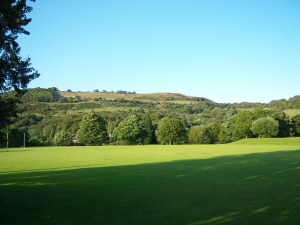 Read more from Memorials
← Moving house: another chapter in our lives but Huw is in every chapter with us
Taking Huw with us as 22 people give it everything and raise £2,000 on epic 3 peaks adventure →